Canon's EF 50mm f/1.8 lenses have been a staple of the EOS system since its introduction in 1987. The so-called 'nifty fifty' is often the first prime lens owned by every Canon shooter and serves as the gateway drug to fixed focal length lenses and depth of field control. Since the initial release of the system there has been a total of three versions of this lens: the original EF 50mm f/1.8 from 1987, the EF 50mm f/1.8 II, which came out in 1990 and the recently released EF 50mm f/1.8 STM which debuted in 2015. The latter two are still available on the market while the original has been discontinued for some time but is still available on the used market thanks to its former kit lens status. For the most part, all three variants are very similar, employing similar optical formulas, compact dimensions, and lightweight construction. Stop down to f/2.8 and all these lenses produce very respectable results, while between f/4.0 and f/5.6 their performance truly overreaches their modest price point. Each version differs in key areas making the choice between them a tricky affair for those new to photography. I have been fortunate to have owned all three versions of this lens and I will share with you my experience with each (should you be planning to add a nifty fifty to your collection).

To this day some people prefer the original version of the lens for its solid build quality, metal mount,
and focus/depth of field scale. Used copies often sell in the second-hand market at a premium,  reflecting the more favorable attitude towards this lens over its successor. It is my least preferred version and I sold it soon after spending some time getting to know its quirks. It has the loudest autofocus motor I have ever heard in a lens, sounding more like a chainsaw than an optical instrument. The focus motor seems a tad bit slower than version II and, to me, its ability to focus accurately seems less sure, especially at f/1.8. The lens coatings are older than the subsequent versions and I found more flaring issues shooting into bright light. The aperture is of the 5 bladed variety which will give you harsher bokeh and pentagonal specular highlights when stopped down. Some people will find this cool and different (I must admit that I do) but most hate it. While it is said that the optics of the original version and version II are identical, in my experience it was the least sharp, especially in the f/1.8 to f/2.8 range. Whether this was due to the age of the lens or wear on the instrument, I cannot say. 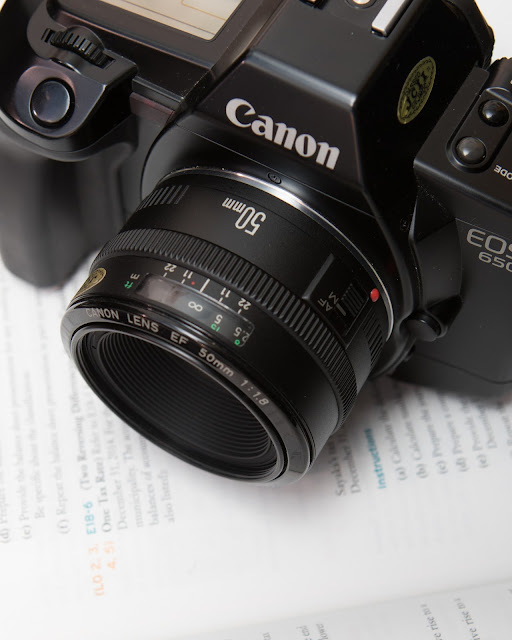 The fact that the original version comes at a price premium is unattractive to me. The only real benefits are that the build really is better that the version II, the autofocus is faster than the STM version, and if you are manually focusing during video the distance scale can be useful. I recently discovered while trying to sell this lens that it does not work well with CMOS Hybrid AF, which is the live view autofocus system in Canon's Rebel and EOS M series cameras (from the EOS T4i through the T6i and EOS M through EOS M3). Normally this system works wonders but with the original 50 the system hunts back and forth a lot and seems to have a very hard time locking on to a given subject. Strangely it works just fine with Dual Pixel CMOS AF, ignoring the sound of tearing sailcloth coming from the focus motor.

Not only was the EF 50mm f/1.8 II my first prime lens but it was the first lens I ever purchased. 50mm on a full frame camera is perhaps my favourite focal length and it is in no small part due to this lens. It is cheap and cheerful, boasting the fastest autofocus among the three and managing to be a little less loud that the original. Being of all plastic construction it is easily the lightest and worst built of the three. I doubt this lens could survive any kind of drop or abuse. I know people with drawers in their houses with a few broken copies of this lens. The benefit of cheap construction is that it weights nothing on your camera which makes it a great addition to any bag. The fact that it can be bought used for $50-60 makes its purchase a no-brainer, while the low price point means you don't have to stress if it breaks. The aperture retains the 5 blade design. 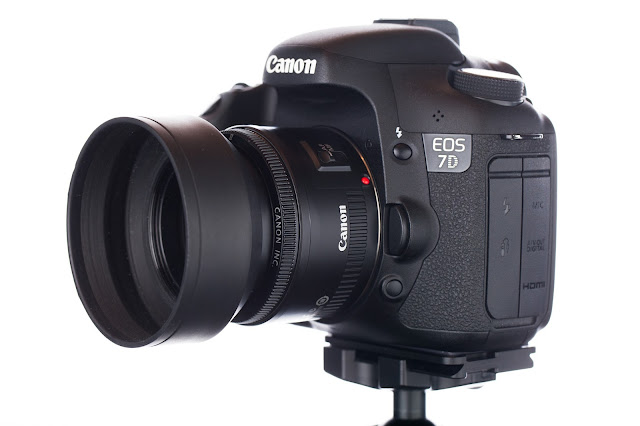 For anyone on a budget or needing the fastest autofocus in the group, this is the version for you. If you are planning on mounting it on a camera and throwing it in your unpadded backpack or having it from a sling while you rock climb, this is definitely not the version for you.

The newest version of this lens, the EF 50mm f/1.8 STM brings much-improved build quality, improved lens coating, and significantly quieter autofocus to the nifty fifty. When trying to grab an inconspicuous shot no longer will your intentions be announced by the buzzing of the focus motor. It's not as silent as the STM zooms, which are literally noiseless, but it is a vast improvement over its predecessors. While it does lack a distance scale, the STM autofocus system works flawlessly with the CMOS Hybrid AF and Dual Pixel CMOS AF, even supporting the rack focus speed control. Add in to the bargain a slight improvement in resolving power and a reduction in chromatic aberration, better contract, and we have a real winner on our hands. Another small gain comes from two more aperture blades, which smoothes out the bokeh somewhat. The best part is that the price is very similar to the previous version, meaning it's still the cheapest lens in the Canon system and probably the cheapest DSLR lens on the market besides the older version II. The biggest downside is that the autofocus is a hair slower that the previous version, though still very usable. 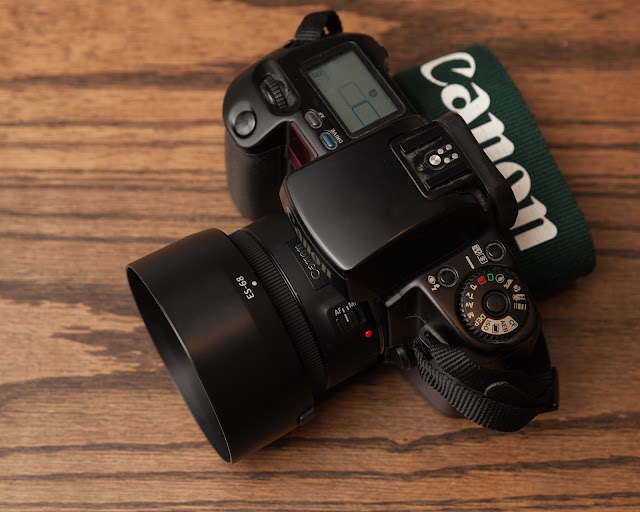 If you are using the lens for video work, the benefits of the STM focus system alone will steer you towards this new iteration. For the vast majority of still shooters, this is the best all-around solutions and is going to be the one to buy.

The bottom line is that all three version of this lens have something to offer, and if you can lay your hands on each version it will reward you with a unique shooting experience and, in the case of the original version, a bit of EOS system history. Each is capable of yielding great images but I heartily recommend the new STM version to everyone with an EOS camera. If you love or hate this lens, let us know in the comments below or share your opinions and photos on Twitter and Instagram using the hashtag #CorEx. You can also find me on Twitter and Instagram under