For many years the Canon 7D has been the de facto choice for sports, action, and wildlife shooters in the Canon system who are on a budget. State of the art at the time of its release in 2009, it boasts build quality, weather sealing, video features, image quality, autofocus, and continuous shooting performance that is all still very relevant today. Now available for as little as $500 with a battery grip on the second hand market (at the time of writing), it is perhaps the best bargain in high-performance DRSLs. 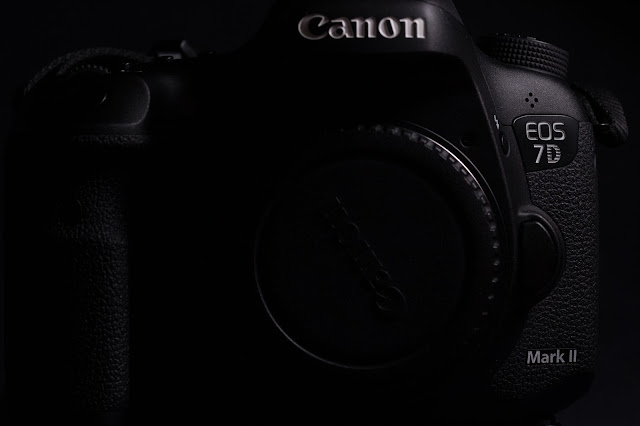 With the arrival of the 7D Mark II in 2015 many have wondered or continue to wonder if the new camera is a worthwhile purchase relative to the original model. For reference, at present the new model retails for $1799 before tax and can be bought used for approximately $1500. I made the decision to upgrade to the Mark II and now, having owned and shot both cameras for a fair amount of time, hopefully I can help make that decision a little more clear for you.

Some might say I would be remiss for excluding the plucky 70D from this conversation and their criticisms would not be without merit. I have spent some time shooting with the 70D and it is a fine camera. Its specifications slot very nicely between the 7D and its successor. The reason I ultimately decided not include it in this discussion is because for many it is not a viable substitute for the 7D. The build quality and weather sealing of the 7D is in a different league from the 70D and the dual processors working in tandem with a larger buffer means the 7D cameras can sustain a high frame rate for a more meaningful length of time.

While penning this article the 70D's successor, the 80D, has been announced, bringing with it a whole slew of upgrades that further complicate the issue. Since this camera is not yet available on the market I cannot comment on it and will therefore exclude it from this discussion.


In my opinion, here are the 5 most important questions that you need to ask yourself to decide if the Mark II might be worth it for you:

1. Do you shoot a lot of video?  If you do, choosing the 7D Mark II over the original is really a no-brainer. The upgrades to the video feature set are perhaps the most significant and the reason that I upgraded. Canon's dual-pixel phase detection autofocus technology really is as good as everyone says it is and enables a total noob to shoot DSLR video in a variety of situations with good results. I love to take short videos while on vacation as well as to create the occasional vlogging-type content and with this camera I can get in-focus footage leaving the camera on a tripod or handing it to another person. Having a headphone jack means you can monitor the audio, which to me sounds slightly nicer in the new camera due to what seem like a better pre-amp for the input. For the serious hybrid shooter, the camera offers higher bitrate compression as well as a choice of frame rates including the elusive 1080/60. The footage seems a little nicer to me but it's not revolutionary. The major point to keep in mind is that the video specs are excellent for someone who primarily wants a high-performance DSLR for stills and also shoots some video. There are better video-focused cameras out there for at the price point of the 7D Mark II. If you intend to focus manually the original 7D is still a very capable video camera as well.

2. Do you need (and can you afford) dual card slots? No one can deny the many virtues of having two memory card slots in your camera, most important of which is making two copies of each photo for mission critical shooting occasions. If you aren't paying the bills with your camera, the importance of dual card slots becomes more debatable. The 7D Mark II has a CF and an SD card slot so depending on what camera you owned previously you may need to buy a whole new type of media to utilize both slots. To get the most out of your high-performance DSLR you need to buy the fastest cards available so that the dual Digic processors in the camera can efficiently write to the media and clear the buffer, preserving your ability to burst-capture. Upgrading to the Mark II means buying two expensive cards instead of one. In virtually all cameras with dual card slots the writing performance is limited by the speed of the slower card so there is no point in pairing faster cards with slower ones. As some food for thought, my completely unscientific testing tells me the difference between using a 600X and a 1000X card win the 7D Mark II is a whole second more of continuous shooting.

4. Do you often shoot in low light or with teleconverters? Perhaps the most significant feature for telephoto shooters is the new camera's ability to autofocus using the center autofocus point with lens and teleconverter combinations with a maximum aperture of f/8. Such autofocus sensitivity was previously only available on 1D series cameras and represents a huge advantage in getting closer, especially for those on a budget. This means that the relatively affordable super telephoto staple lenses of the Canon system, namely the EF 100-400mm f/4.5-5.6L IS USM (original or version II), EF 300 f/4L IS USM, and EF 400mm f/5.6L, can be used with a 1.4X or a 2X teleconverter to achieve combinations capable of up to 600mm, which is effectively 960mm on the 7D. This magnificent dual cross-type center autofocus sensor also focuses down to -3EV (candle light) and focuses more confidently in reasonable low-light situations. If you shoot events or anywhere the light is often low this will be very useful to you. The autofocus sensor of of the original 7D is no slouch either. Its centre autofocus point is dual cross-type with lenses who's maximum aperture is f/2.8 or faster, providing capable autofocus in low light.

5. Do you see yourself using the advanced capabilities of the autofocus system of the new camera? There is no doubt that the autofocus system on the 7D Mark II is far more advanced than the system on the original camera. Not only does it have more than three times as many focus points, but it also inherits from the 1D series its very technical autofocus customization options and iTR tracking using the metering sensor. What you need to ask yourself is if you are willing to pay for the extra features. In this case more really is better and even if you do not currently use all the features of the new camera, you can grow to learn the more advanced features in time. On the other hand, if you find you can get good results with the very capable autofocus system on the 7D, you can save a lot of money over the Mark II.


There are of course many other advantages to the new camera versus the old but I personally don't find these as important as the points discussed above. 10 Frames per second versus 8 is not a meaningful difference for most outside of impressing your fellow photo geeks by holding the shutter down until you get weak in the knees. The bump in image quality with the new camera is itself not enough in my mind to justify upgrading. The image quality of the original 7D is in step with modern DSLRs, producing beautiful colours and very fine gradations in tones. In my opinion the noise performance of the Mark II is slightly improved, offering a marginally cleaner file at ISO 3200 than the original did at ISO 1600. I found noise performance of the original 7D to be quite good up to ISO 800, while 1600 was perfectly usable. Neither of these cameras are excellent when it comes to pushing RAW files more than approximately 1 stop, where shadow noise becomes a problem. There is some improvement in shadow noise and banding in the 7D Mark II, but it's nothing to write home about. GPS is useful to some and a non-issue to others. Neither camera has native wifi or a touch screen. The bottom line is that you can't go wrong with either camera if you are looking for a rugged APS-C body with a machine-gun burst rate.