For years I have been telling Brett Caron that he needs to freshen up his social media photos and to calendar some time with me for a shoot. Brett is a freelance writer, blogger, screenwriter, content whiz, and all around multi-talented creative professional with a huge personality that begs to be photographed. Coincidentally he is also a very close friend of mine, but that alone was not getting me on his schedule so a little persuasion was in order. In fact there was nothing wrong with his photos. They were actually quite good, but that truth was rather inconvenient when it came to getting him in front of my camera.

Brett had just come back from meeting with some game publishers in the U.S. where he was working on a deal to collaborate on a new role playing game source book as a contributing editor. He and I played many pen & paper style role playing games growing up and still do every now and again. Some of my favourites among Brett's creations are delightfully roguish characters who sow fear and folly with equal effect. Because each of these scoundrels captured some small part of Brett, when it came to photographing him I couldn't help but see some of these personalities overlaid on my vision.

Knowing that he had some publications coming up I wanted to get a 'book jacket' style high-key image on white seamless. We were working at Studio Cozy in Toronto where they have a vintage Norman pack and head strobe system with enough firepower to light high key backgrounds with ease. I asked Brett to repeat different motions that might be 'tells' one would express when bluffing, such as scratching his chin, fiddling with his glasses, or straightening the collar of his jacket. This technique, which I learned from Gina Milicia's So you Want to be a Photographer podcast, let me really hone in on the decisive moment since the motions were being repeated in a more or less predictable fashion. I was able to get quite a few cheeky and expressive images that were professional enough for a promo image of a writer yet really let the rogue shine through. 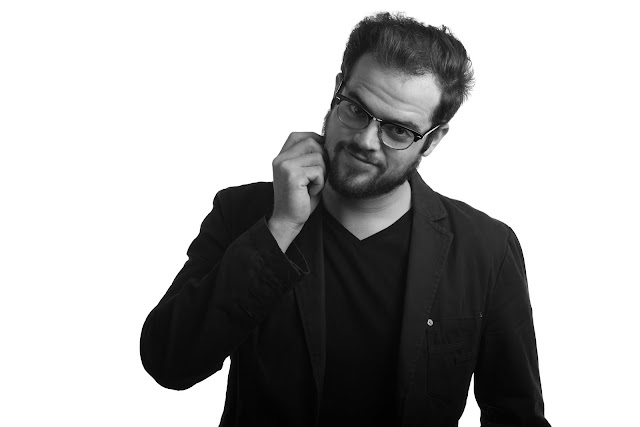 After working the white seamless for a while with a few different wardrobe variations I decided to do an about face and shoot on a black background for a darker and moodier low-key look. At first I went for a very traditional pose seated on a stool with hands in the lap. I love the strong expression which draws attention to the eyes and face. Hopefully you cannot tell too readily that this image was my first attempt at using frequency separation for retouching skin. During this setup I had repositioned my lights in such a way that I was having a tougher time getting enough side fill from the reflector on camera left so I flipped the board over from the white side to the silver side for the slight bump in reflective power. In the past I have worked with silver umbrella diffusers and they gave a more contrasty light that brought out textures much more than the white shoot-through variety and I was curious to see if the same was true of reflectors when the key light being reflected is was a big ol' soft box. 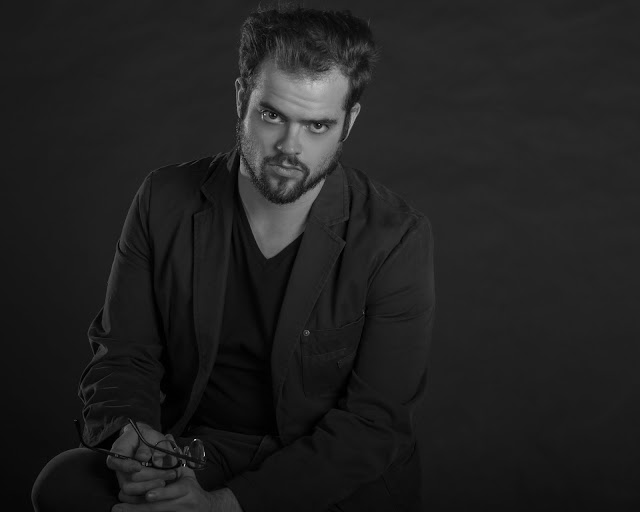 After shooting a few images with the reflector flipped, I stopped to review them to find out my suspicions were confirmed. There was a clear difference in the quality of light coming off the reflector, especially in the parts of the face closest to the silvered surface. It was certainly more contrasty, but also surprisingly cooler than the source. After stopping to consider the effect for a moment, it seemed to me to evoked a sense of mystery, reminiscent of moonlight coming through an open door or window.

With this happy discovery, formal style went out the window and I repositioned my strobes for side lighting coming from just slightly behind Brett, reflected off the silver board on camera left and filed with a small umbrella on axis. I wanted to exaggerate the contrast between the key and the reflector as much as possible while adding a dark shadow down the centre of the face to impart a sinister quality. Brett has a knack for writing compelling bad guys and I felt this lighting really gave the photos a big-screen scoundrel sort of look. Needless to say we had a lot of fun working this setup and I feel we got some great images. 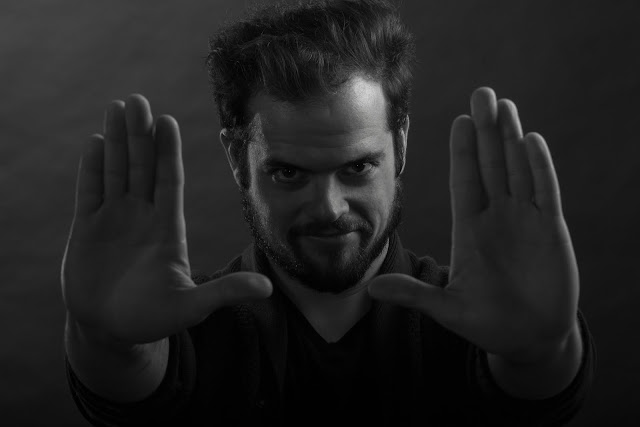 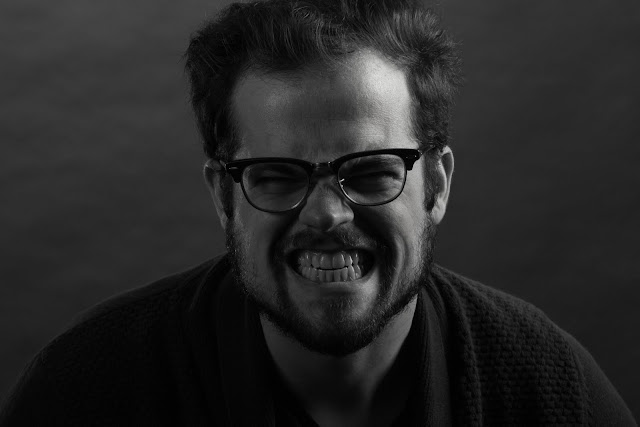 While I find it important to concentrate one the fundamentals during a shoot to make sure I am meeting my own technical quality standards, experimentation is what really gives me inspiration. Going forward I feel I will focus a bit less on (over)planning the technical aspects and spend a little more time dedicated to working out the looks and exercises I want to focus on ahead of time. It was truly a riot to shoot with Brett and I can say with certainty that interesting images is an order of magnitude easier when you put someone interesting in front of your camera.

To find out more about Brett and his work check out www.rottencrab.com.

PS. On this photo shoot I discovered that a Canon EOS 7D Mark II can almost pull off a complete flash sync at 1/320. The shutter won't be visible in the shot but there will be a a slight yet not opaque dark gradation in the very bottom of the frame. It could come in handy if you really need the extra speed and are willing to recover it in post.