Canon EOS shooters will note that until very recently there was only one full-frame zoom lens in the current lineup outside of the L collection and that lens was the venerable Canon EF 28-135mm f/3.5-5.6 IS USM.

To the uninitiated this seems like an incredible value in a lens, especially given the current used prices which at time of writing hover around $200-$250 for a clean copy. It pulls together a very attractive list of features, discussed here in brief:


It's not hard to understand why many new full frame Canon shooters give this lens a try. I've seen many copies mounted to cameras on the streets and at events at home and abroad. This was the second lens I purchased to use on my 5DII and it spent a lot of time mounted to my camera. It was usually the first lens in my bag and the one that usually stayed on in case I needed to pull out the camera at a moments notice to capture an image or a video. I loved this lens. It had a few nagging issues such as comparatively flat colour and incredibly noisy IS (it sounded like I had a lawnmower in the lens barrel) but they didn't bother me much at that point in my photography and it bore me many beautiful images and videos. As in many love stories, fate awaited me just around the corner to show me the depths of my own ignorance. 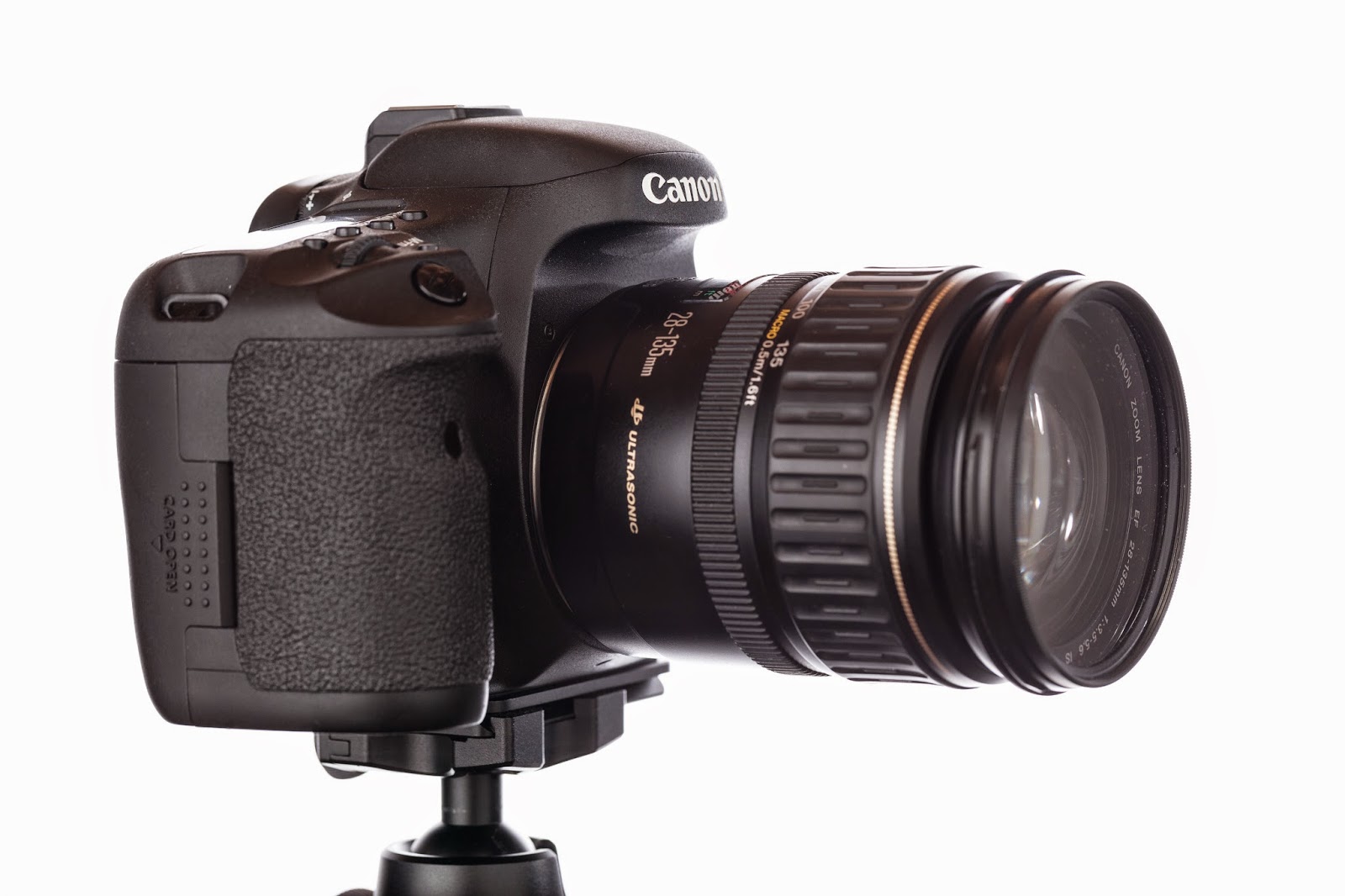 In the summer of 2014 I found myself packing my bags for a much needed trip to Europe and the EF 28-135mm f/3.5-5.6 IS USM secured a spot in my camera bag along with my EF 50mm f/1.8 II and my recently acquired EF 100mm f/2.8L IS USM Macro. Now let me just say that when I'm on vacation I tend to walk a lot. I mean A LOT. Eight to twelve hours a day isn't unusual, and my camera is hanging from my sling strap for a good portion of that time. My partner has impressed on me the value of walking the streets to get where I want to go in order to really get to know a city. I've whole-heartedly embraced this philosophy as it bears fruit in both the enjoyment of my travels and in photographic opportunities. Considering I spend the the balance of my time eating and drinking, it's also a good way to offset the calorie intake. Walking up and down the steep hillside that sketches the Pest side of the Hungarian capital, I first began to notice the zoom creep that plagues this lens. My copy had never given me much trouble before then but the jarring of each step seemed to loosen the inner barrel a little more. Hunting for shots up and down the mountainside it quickly became apparent to me that the tension was now completely gone in the zoom mechanism and the inner barrel fell to full extension each time the camera tilted downward, pulled earthbound by the heavy front element.

Let me preface the following by stating that the build quality of this lens had never before seemed problematic to me. The sturdy plastics and smooth mechanism felt much more rhobust than many of the later consumer lenses in the Canon range. There was some wobble in the inner barrel but nothing that I considered a cause for concern. The new found zoom creep, while unsettling, didn't imediatly raise alarm bells. It is an older lens after all, and was purchased second hand from an older gentleman who had loved it well for several years. I continued to treck on with the occasional knock of the lens bottoming out, searching for the perfect vantage point to shoot Buda set against the Danube.

At one point I raised my camera to my eye to frame a shot and I was alarmed by the sound of a distinct and frantic rattle within the lens that I can only liken to that of a spray paint can. My shock turned to horror when I turned the zoom ring and perceived no change to the focal length in the viewfinder. After a deluge of oaths and a brief inspection I had surmised that the mechanism connecting the different segments of the inner barrel to the zoom ring had somehow failed and left me with an impromptu challenge to shoot the rest of my travels with the 50mm and 100mm focal length (hmmm...sounds like another blog post.)

Fast forward almost a month, 1400 images and almost 60 minutes of video later, I was home and eager to tear down the lens and find out why my lens love had so tragically ended her life on our European getaway. I took to the Internet to try and find a tear down guide and was quickly confronted with the disconcerting reality that I was far from being one of the few unlucky owners of this lens who experienced this failure. Indeed, the prevailing discussions online  seemed to suggest that this is an inherent design flaw in the lens and that this failure is extremely common. Being someone who meticulously researches my purchases online for hours before buying anything I was shocked that this little tidbit of information had not surfaced in any of my research.

Luckily I was able to find an exploded parts diagram of the lens and a few tear down posts that helped me open up the lens. Now is a good time to mention that I had never taken apart a lens before and doing so is not for the faint of heart. The only reasons I did was because I had already written off the lens as the cost of sending it for repair would be nearly more than the current value of the lens. After carefully taking apart the lens my suspicions were confirmed; the guide pin (YA2-3139, if anyone is curious) that runs in the channels at the rear of the inner lens barrels to coordinate their movements had rattled loose and eventually fallen off from the repeated impacts of the lens bottoming out. It is secured in place by two microscopic screws (XA1-3170-259.) I'm not sure who thought that was a good idea but I'm sure they probably no longer work at Canon for exactly that reason. At that moment I also realized I no longer had in my possession those two screws which I needed to reinstall the pin and set my lens to right. I quick call to Canon secured me 4 of them, but I must warn the hopeful reader that even those 4 screws had to come from japan and the parts rep informed me that the part was discontinued and I was lucky to be able to even get them. I doubt they will be available for much longer, if at all. My lens now sits on my shelf beside a bag of rare screws, waiting for its next turn on the operating table.

In my eyes the benefits of this lens, design flaw aside, far outweigh the drawbacks at the given price point. However, due to this lens' propensity for mechanical failure I cannot recommend that anyone buy it. The failure of this lens hamstrung me in such a vulnerable situation which, while not statistically relevant, left a terrible taste in my mouth. 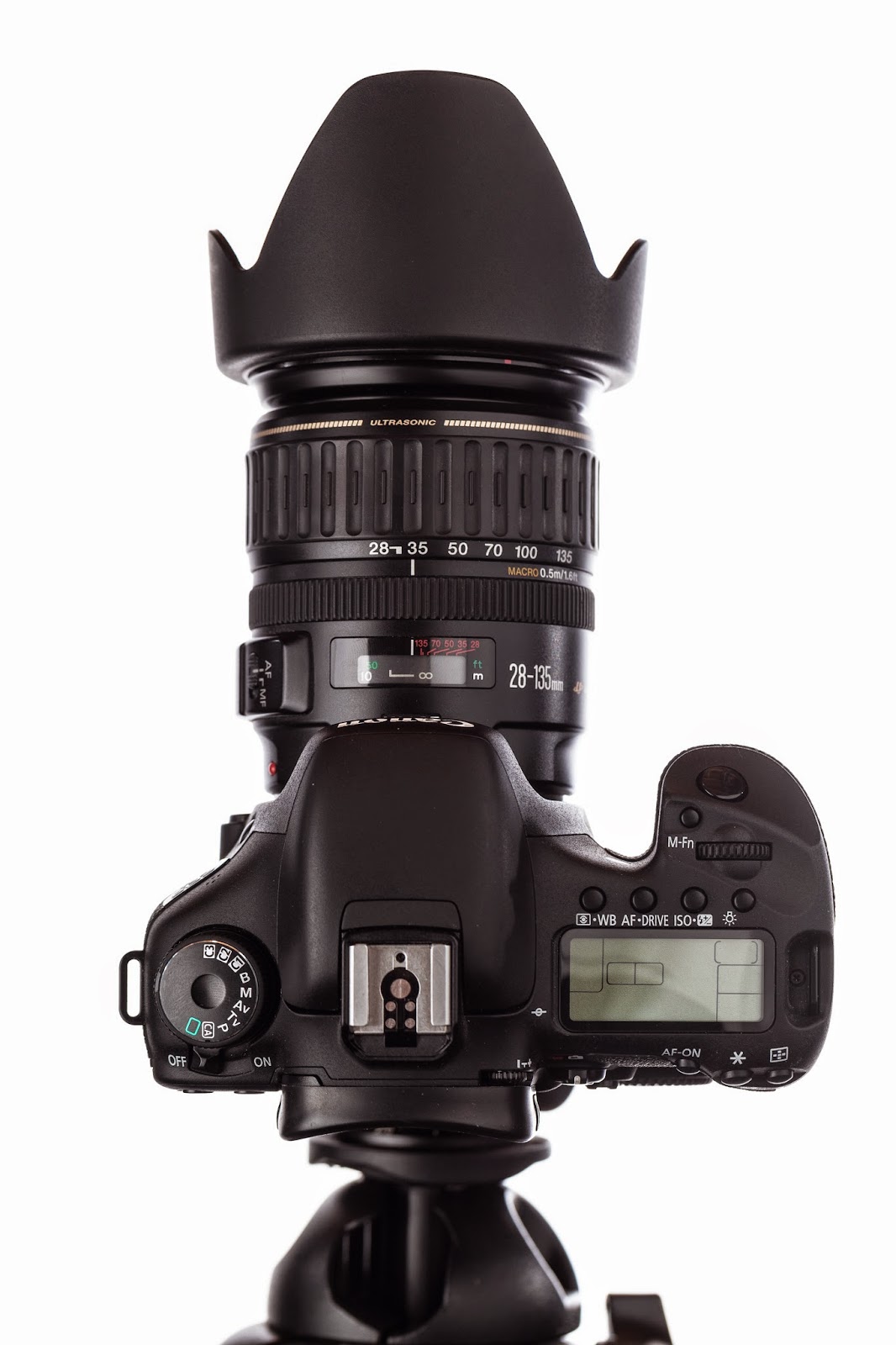 A beautiful redhead has now taken the place of my old EF 28-135mm f/3.5-5.6 IS USM and I couldn't be happier. The optical and mechanical performance is superior in every way and I picked up a used copy for less than double what I paid for the old lens. It's worth noting that since the EF 24-105mm f/4L IS USM and the EF 24-70mm f/4L IS USM are bundled in kits with Canon's full frame cameras there is an abundance of copies in the secondhand market and you can negotiate very aggressively (i.e. low ball) the multitude of sellers until one cracks. I've seen both go for as low as $600. The new Tamron SP 24-70 f/2.8 DI VC USD and the celebrated Canon EF 24-70mm f/2.8L USM can be picked up used for $800-$900 at the time of writing.


Here is a collection of further reading on this lens if you want to learn more about it:


If you would like to see some images taken with this lens please head over to my Flickr page.

Here are some images of the shoot I did for this post. If you read my previous post about evolving product photography at home, you may have noticed that I've put into practice some of the ideas I derived from my last product shoot. Upon reviewing my images from this shoot I noticed my challenge was controlling reflections on the many shiny surfaces of the camera which I believe I can attribute to the lights being to close to the subject and having such prevalent hot spots despite the umbrellas and the diffusion flaps on the speedlites being down. Something to work on for next time. 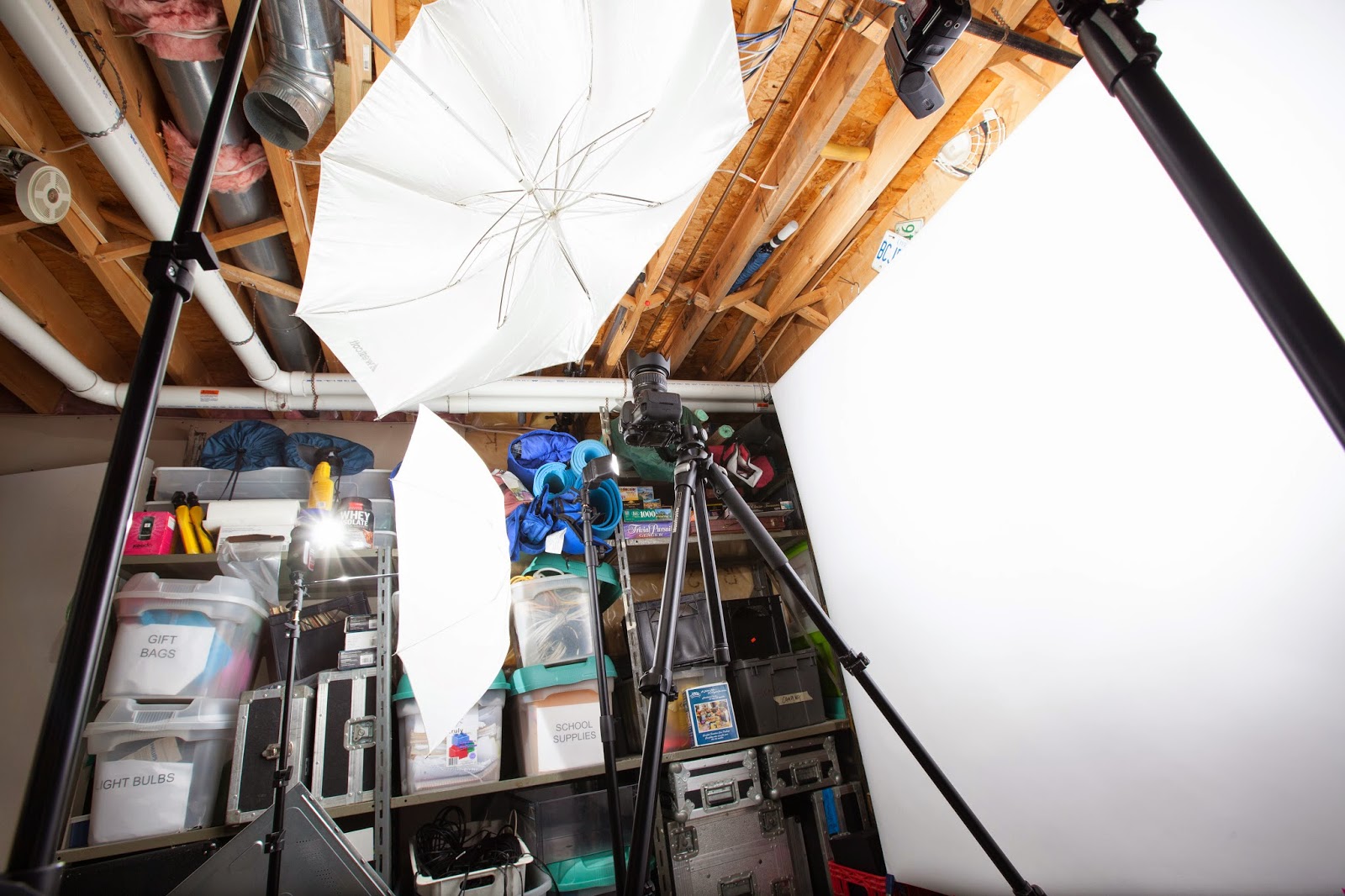 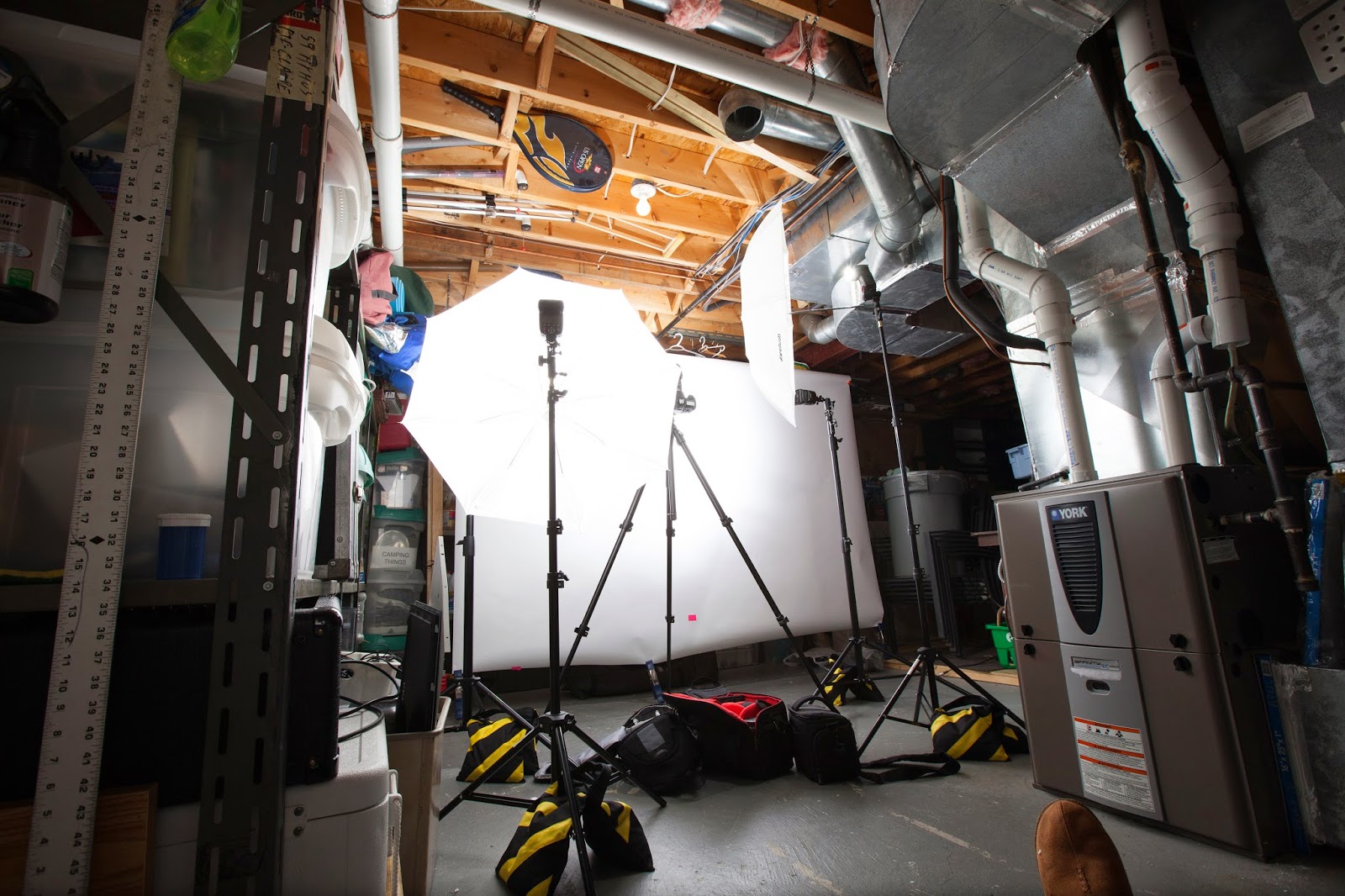